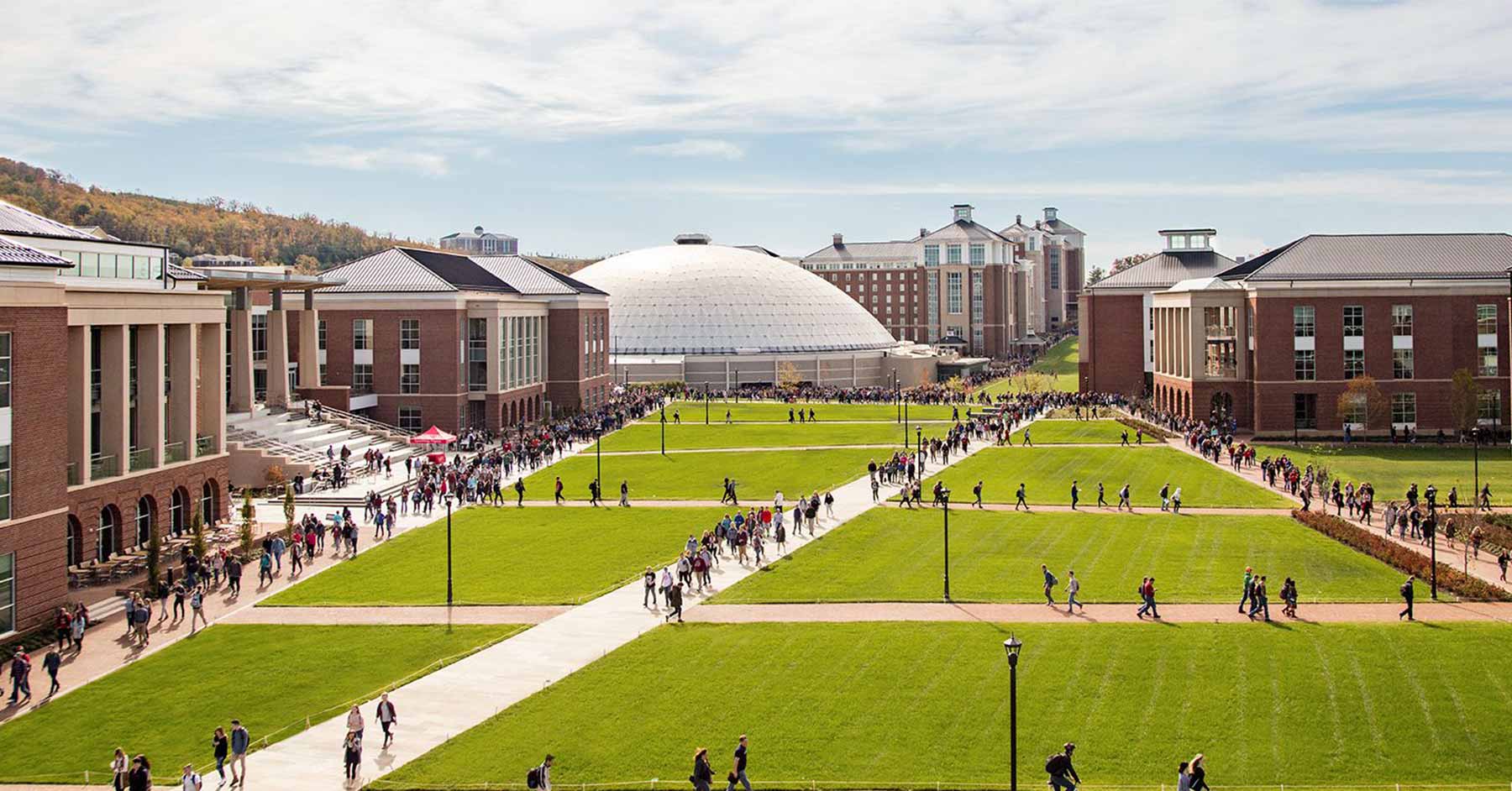 LYNCHBURG, Va. — As Liberty University’s spring break was drawing to a close this month, Jerry Falwell Jr., its president, spoke with the physician who runs Liberty’s student health service about the rampaging coronavirus.

“We’ve lost the ability to corral this thing,” Dr. Thomas W. Eppes Jr. said he told Mr. Falwell. But he did not urge him to close the school. “I just am not going to be so presumptuous as to say, ‘This is what you should do and this is what you shouldn’t do,’” Dr. Eppes said in an interview.

So Mr. Falwell — a staunch ally of President Trump and an influential voice in the evangelical world — reopened the university last week, igniting a firestorm. As of Friday, Dr. Eppes said, nearly a dozen Liberty students were sick with symptoms that suggested Covid-19, the disease caused by the virus. Three were referred to local hospital centers for testing. Another eight were told to self-isolate.

“Liberty will be notifying the community as deemed appropriate and required by law,” Mr. Falwell said in an interview on Sunday when confronted with the numbers. He added that any student now returning to campus would be required to self-quarantine for 14 days.

“I can’t be sure what’s going on with individuals who are not being tested but who are advised to self-isolate,” said Kerry Gateley, the health director of the Central Virginia Health District, which covers Lynchburg. “I would assume that if clinicians were concerned enough about the possibility of Covid-19 disease to urge self-isolation that appropriate screening and testing would be arranged.”

After initial publication of this article, the university said it had asked four students who returned from the New York area and two of their roommates to self-quarantine, but none of them were referred for testing and none had symptoms. One student who returned from a county with a high number of cases was running a fever and had a cough. He was tested and elected to go home pending the results rather than self-isolate, the university said.

Of the 1,900 students who initially returned last week to campus, Mr. Falwell said more than 800 had left. But he said he had “no idea” how many students had returned to off-campus housing.

“If I were them, I’d be more nervous,” he added, because they live in more crowded conditions.

For critical weeks in January and February, the nation’s far right dismissed the seriousness of the pandemic. Mr. Falwell derided it as an “overreaction” driven by liberal desires to damage Mr. Trump.

Though the current crisis would appear epidemiological in nature, Dr. Eppes said he saw it as a reflection of “the political divide.”

“If Liberty sneezes, there are people who don’t like the fact that Liberty sneezed,” he said in an interview. “Mr. Falwell called me to listen to a view that wasn’t exactly his. Great leaders do that type of thing.”

The city of Lynchburg is furious.

“We had a firestorm of our own citizens who said, ‘What’s going on?’” said Treney Tweedy, the mayor.

Some Liberty officials accuse alarmed outsiders of playing politics. Ms. Tweedy has called Mr. Falwell “reckless.” And within the school, there are signs of panic.

“I’m not allowed to talk to you because I’m an employee here,” one student on campus wrote in an email. But, he pleaded, “we need help to go home.”

Under the Falwell family’s leadership, Liberty University has grown in five decades from a modest Baptist college to an evangelical powerhouse with cash investments and endowments of nearly $2 billion, nearly 46,000 undergraduates and a campus that sprawls across Lynchburg and neighboring counties in Virginia. Total enrollment, including online students, exceeds 100,000.

The institution is a welcome and generous presence in this Blue Ridge Mountain region, where the percentage of Lynchburg residents living in poverty is twice the state average. Liberty and its Thomas Road Baptist Church donate goods and services, its medical students conduct free health screenings, and its students participate in city beautification, maintenance and charity projects.

The university was founded by Mr. Falwell’s famous father as a bastion of social conservatism, one that was unabashedly combative as it trained what it called “Champions for Christ.” If anything, the younger Mr. Falwell has made it more so since his father’s death.

The mayor and city manager here, Bonnie Svrcek, felt relieved two weeks ago, when Mr. Falwell assured them that he fully intended to comply with Virginia’s public health directives and close the school to virtually all students, most of whom were scattering for spring break. Then he changed his mind.

“We think it’s irresponsible for so many universities to just say ‘closed, you can’t come back,’ push the problem off on other communities and sit there in their ivory towers,” Mr. Falwell said on Wednesday on a radio show hosted by Todd Starnes, a far-right conspiracy theorist.

Michael Gillette, a former mayor of Lynchburg and a bioethicist now working with its hospitals on rationing scarce ventilators, disagrees.

“To argue that criticism of Liberty is based on political bias is unfounded and unreasonable,” he said. “Liberty just did not take this threat as seriously as others have.”

Gov. Ralph Northam of Virginia, Lynchburg city officials and a growing number of Liberty students, parents and employees have urged Mr. Falwell to reverse course, but such pleas have only prompted a stream of often conflicting statements.

“Our messages did change throughout the week as the governor’s orders changed,” Mr. Falwell said. “We had to adapt.”

Mr. Falwell initially said only international students or those with nowhere else to go would remain. Then he welcomed back a much larger group of about 1,900 students to campus housing last week, in addition to faculty members and staff. Others returned to off-campus rentals in Lynchburg.

Students who remained at home had to return last week to clean out their rooms, a requirement that was later relaxed. Faculty members were at first ordered back to campus, even though they would be teaching online. Then some were allowed to work from home.

Mr. Falwell also waffled on whether the school would issue refunds to students who did not return for the semester, before announcing on Friday that most would receive a $1,000 credit for next year’s bills.

Mr. Falwell and his administration have worked to tamp down dissent. After a Liberty undergraduate, Calum Best, wrote on his personal Facebook page that students should receive refunds, he said Liberty’s spokesman, Scott Lamb, called his cellphone to berate him. Asked about the call, Mr. Lamb said he was simply objecting to an error in the post, and Mr. Best was “spinning.”

After Marybeth Davis Baggett, a professor, wrote an open letterasking the university’s board of trustees to close the campus, Mr. Falwell mocked her on Twitter as “the ‘Baggett’ lady.”

Jeff Brittain, a Liberty parent, wrote on Twitter: “I’m as right wing as they get, bud. But as a parent of three of your students, I think this is crazy, irresponsible and seems like a money grab.” Mr. Falwell replied, calling him a “dummy.”

All of this has left even his critics scratching their heads.

“It’s honestly hard to figure out what his motives are,” Mr. Best, the student who wrote the Facebook post, said in an interview. “If he had purely political motives, he’s being way more conservative than even Trump is being right now. Trump is at least allowing doctors to say their piece. Jerry is not. It kind of shocks me at this point.”

On campus, the administration says it is adhering to Virginia’s public health mandates, but students are flouting them. While security guards appear to be enforcing state advisories requiring a six-foot distance from others and gatherings of no more than 10 people, students are still assembling in closer proximity to eat, play sports, study and use dormitory restrooms. Decals slapped on furniture that say “Closed for Social Distancing” have wound up on laptops and car bumpers. Study tables are farther apart, but shared computer terminals remain. While some students are trying to adhere to social distancing guidelines, they live in group houses, pile onto city buses and crowd the few businesses that remain open in Lynchburg.

It was not supposed to be that way. As the number of reported cases of the coronavirus in Virginia began rising, Ms. Tweedy said Mr. Falwell personally assured her that the school would not fully reopen. “We have some students who cannot go anywhere or they have nowhere to go,” she recalled his telling her. “The number on that day was 300 or so students, and even if it was a few more, we said, ‘OK, well, thank you.’”

But as spring break drew to a close in mid-March, all Liberty students were encouraged to return.

“We never discussed numbers, and I never told them the dorms would be closed,” Mr. Falwell said on Sunday. “We’re going to have to agree to disagree on what was said.”

Mr. Falwell runs Liberty his own way, and his word is law. Professors are not tenured and can be fired at will. The administration controls the student newspaper.

Mr. Falwell echoes Mr. Trump’s talking points on the coronavirus, which he often calls the “flu.”

“It’s just strange to me how many are overreacting” to the pandemic, Mr. Falwell said on “Fox & Friends” on March 10. “It makes you wonder if there is a political reason for that. Impeachment didn’t work and the Mueller report didn’t work and Article 25 didn’t work, and so maybe now this is their next attempt to get Trump.”

Lynchburg is particularly ill-prepared to become a hot spot. Hospitals in the region have a total of 1,174 beds, only 55 of them intensive care, according to a recent analysis by the Harvard Global Health Institute. Those must serve 217,000 adults, nearly 50,000 of whom are 65 or older. Tests for the coronavirus remain in short supply.

Mr. Falwell has played down the dangers of his decision in interviews with the news media, where he has even suggested that the coronavirus is a North Korean bioweapon. On Fox News, he blithely asserted that the cure rate for Covid-19 “is 99.7 percent for people under 50,” adding, “We have talked to medical professionals, numerous medical professionals, before we made this decision.”

When contacted by The New York Times, Northwell Health denied that Dr. Hyman provided any formal guidance to Liberty, adding that he is not an infectious disease specialist. In a statement, the hospital system said that Dr. Hyman was a personal friend of the Falwell family, who told them in private conversation “that reconvening classes would be a ‘bad idea.’”