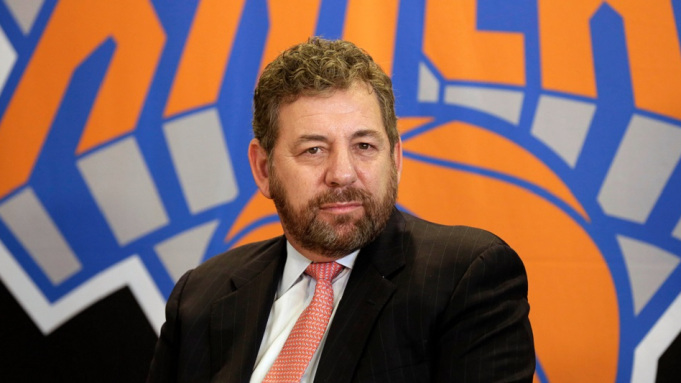 “He has been in self-isolation and is experiencing little to no symptoms,” the Knicks released in a statement. “He continues to oversee business operations.”

Dolan is the first member of the Knicks organization to test positive for the virus, which forced the NBA to suspend its season on March 11 after Utah Jazz star center Rudy Gobert was confirmed to have COVID-19.

His teammate, Donovan Mitchell, tested positive a day later and the two were closely followed by Christian Wood of the Detroit Pistons.

Elsewhere in New York, four members of the Brooklyn Nets — including injured superstar Kevin Durant — and Marcus Smart of the Boston Celtics were infected before the Los Angeles Lakers, Philadelphia 76ers, and Denver Nuggets confirmed that they had positive tests within their organization.

ESPN’s NBA analyst, Doris Burke, announced on Friday that she had tested positive earlier this month, but she is now symptom-free.

With roughly 15 games remaining in the 2019-20 regular season, it is unknown when play will pick back up considering the uncertainty of the coronavirus’ containment.

However, most league executives are preparing for the NBA to get back in June — usually when the Finals are being played out.

Dolan has been the executive chairman and CEO of The Madison Square Garden Company since 1999 in which he oversees the Knicks, the NHL’s New York Rangers, and the WNBA’s New York Liberty.

But he is most closely associated and visible with the Knicks, becoming the poster child of the team’s two-decade struggles that have seen them become consistent bottom-dwellers in the NBA.