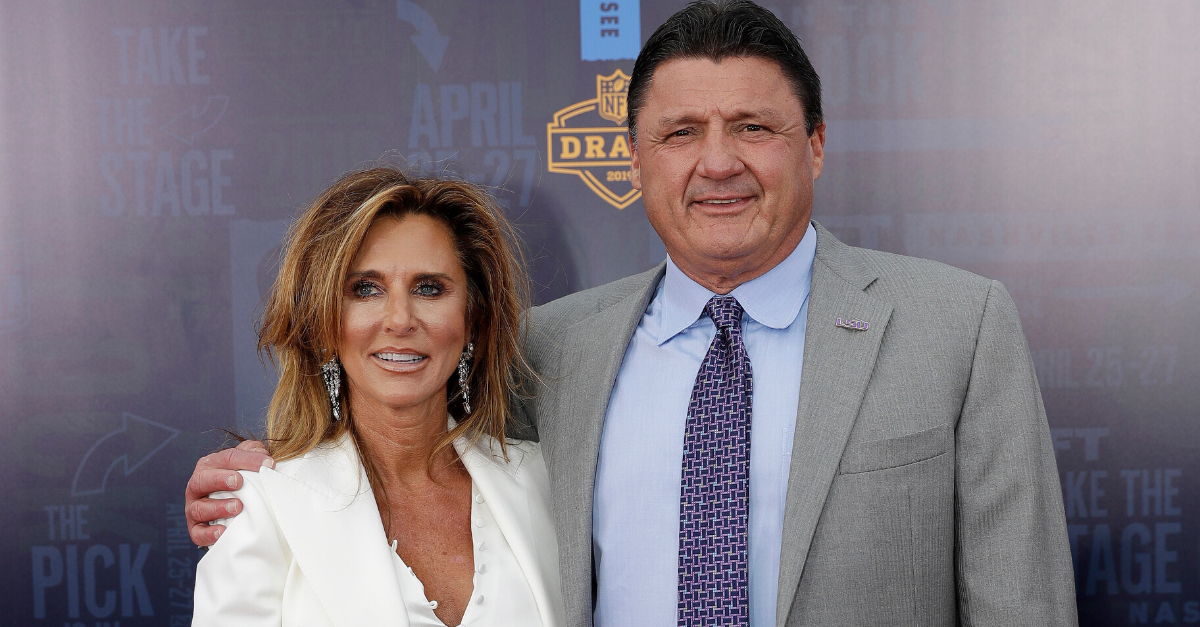 Orgeron filed the divorce petition Feb. 26 in East Baton Rouge Parish Family Court, stating he and his wife separated Feb. 24 “and have lived separate and apart without reconciliation since that date.”

The petition is titled “In the interest of the marriage of E.O. and K.O.” Their full names are used in the filing.

There isn’t much to detail on why Coach O wanted the divorce, but chances are Kelly wasn’t spicing the gumbo good enough. Didn’t stir the rue to perfection. It’s hard to please a bad ass, national championship winning football coach. Perfection is THE only answer. She simply didn’t meet the standard.