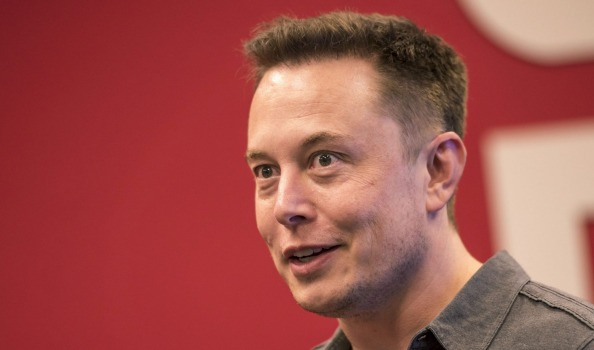 Elon Musk has famously devoted fans. They can be found buying Tesla cars, watching SpaceX launches, and praising Musk on Twitter. To his fan base, Musk is a visionary, an idol, even a climate superhero. Some of that reputation stems from Musk’s transformation from nerdy internet millionaire to suave manufacturing billionaire.

According to Musk mythology, he’s even the inspiration for an actual superhero, Robert Downey Jr.’s portrayal of the charmingly brilliant Tony Stark in the 2008 Iron Man film. In the past 15 years since, Musk’s profile has risen, growing ever Starkian, as if prophesied. Meanwhile, his admirers have become only more notorious.

A few months ago, it would have been nearly impossible to imagine Musk’s world-saving sheen wearing off in the eyes of his fans. But that was before the coronavirus pandemic. In the past few months, Musk has downplayed the dangers of the virus, offered unfounded predictions about how many Americans it will infect, and falsely claimed that children are “essentially immune” to COVID-19.

He has called, over and over again, for rolling back the widespread measures put in place to slow the spread of the virus, a move that public-health officials believe could be lethal.

Musk defied local stay-at-home orders and reopened his Tesla assembly plant in California, bringing thousands of employees into work. “I will be on the line with everyone else,” he tweeted last week, as operations restarted. “If anyone is arrested, I ask that it only be me.” (Tesla and SpaceX did not respond to requests for comment.)

Twitter is Musk’s main mode of communication with the public, including his fans. During other moments of Muskian controversy—the tweet that led to fraud charges and cost him his Tesla chairmanship, or the time he got sued for calling a rescue diver a “pedo guy”—you could count on finding a chorus of support in the replies to Musk’s tweets, his admirers unwilling to consider any criticism of their hero.

But now, for the first time, Musk appears to have alienated even some of his most devout supporters. Fans are voicing their discomfort, and even dissent, directly to Musk on Twitter, knowing that he might see it. Last month, the top tweet beneath Musk’s demand to “FREE AMERICA NOW” and let workers return to their businesses was a bite-size study in cognitive dissonance: “my first disagreement with my Idol. :/”

Read: What you need to know about the coronavirus

The acerbic persona that once made Musk a cool renegade seems to have sharpened into something more alarming in this global crisis. Surviving a pandemic is rocket science only in the figurative sense, and some fans wish that Musk would let the experts handle it. The cracks in the cult of Elon are starting to show.

I reached out to some of these fans. They were mostly men, ranging from 20-somethings to 70-somethings. They included those who drive Teslas and those who wish they did, those who describe Musk as their idol and those who just think he makes a great car. They all prefaced their remarks with praise of Musk’s brilliance, vision, and ability to do things that others had sworn were impossible. And besides, they said, nobody’s perfect. But. What the hell is he doing?

“Sometimes it just seems like the smarter people are, the more vulnerable they are to overestimating how much they know about something outside of their specialty,” Ben Hallert, a longtime SpaceX fan and a Tesla stockholder, told me. “If I’m an expert in X, then why wouldn’t I be an expert in Y?”

Hallert loves talking about rockets. He talked about them all the way from Oregon to Texas last spring, when he took his wife and teenage sons to visit the place where SpaceX is building its biggest rocket yet, just off the Gulf of Mexico. Hallert’s grandparents worked on the Apollo program, and he has his pilot’s license. He can’t wait to see the SpaceX spaceship get off the ground, but he wishes that the man behind it would stop tweeting.

Musk’s early takes on the coronavirus were mild, if ill-advised, fans told me. In early March, for example, Musk declared that “the coronavirus panic is dumb.” Fans believed that Musk was only poking fun at the hoarding of toilet paper and Clorox wipes, not the dangers of a sickness that was cropping up everywhere. But as Musk’s rhetoric escalated, some of his fans tried to reason gently with him that research showed social-distancing measures could slow the spread of the virus. They resurfaced a quote Musk tweeted in 2017, from Mustafa Kemal Atatürk, the founder of modern Turkey—“If one day, my words are against science, choose science”—in an apparent attempt to remind him of his better impulses. Such is the understanding nature of Musk fans, who still want to help their hero see the error of his ways.

Things escalated from there. About two weeks later, Musk tweeted that, “based on current trends,” the United States would have “probably close to zero” new COVID-19 cases by the end of April. The prediction turned out to be wildly incorrect, but Musk didn’t acknowledge his error. That irked some of his fans, who trusted him to get it right. “If he says, ‘Don’t worry, guys. By April we won’t have cases,’ people are going to say, ‘This is Elon Musk. He must know the best doctors. He must know the best people. He must have done the best research before saying that,’” Luis Mireles, a college student in Texas, told me. Mireles has written about Musk and Tesla for school papers, and, like Hallert, has visited the launch facility where SpaceX is working on its Mars rocket.

Read: ‘How could the CDC make that mistake?’

Several fans told me that they’re struggling to reconcile this version of Musk with his pre-pandemic persona. “Calling someone a bad name or insulting someone without evidence is obviously bad, but I think nothing compares to taking human life lightly,” Sun, a scientist in the Bay Area who asked to go by only his surname to protect his privacy, told me. Sun has watched countless Musk interviews over the years in which Musk says egregious but less dangerous things, but the pandemic tweets became so painful to see that Sun eventually unfollowed Musk. “It’s like one of those hero characters in movies where he works on a grand mission and then he loses sight [of it] and thinks that vulnerable people are expendable,” he said.

I also heard from many fans that Musk is behaving less like humankind’s savior and more like a ruthless industrialist. This uncomfortable truth seemed to crystallize when Donald Trump tweeted in support of Musk’s desire to restart Tesla operations and Musk thanked him. If Musk is supposed to be a climate hero, he’s suddenly fraternizing with a villain who doesn’t believe in human-caused climate change and has spent his time in office reversing dozens of environmental policies. Only three years ago, Musk removed himself from a presidential advisory council specifically because Trump withdrew the U.S. from international accords meant to address climate change.

“I really thought [Musk] could be hero material,” said Lisa Jacobson, an insurance salesperson in Wisconsin. “Let’s face it, we’re ruining this planet and here’s a guy that’s trying to find another place for us to go.” Jacobson misses the benevolent CEO who extended the battery life of Teslas for drivers across Florida—for free—so that they could evacuate during Hurricane Irma in 2017. She expected to see the same Musk swoop in during the pandemic. “Where’s that guy?”

The answer: on Tesla’s factory floor in Fremont, California, as promised. He was there last week as the parking lot filled up with workers commuting for the first time in weeks. No one came to arrest him. Local officials eventually caved, telling Tesla it could stay open as long as the company added some safety measures.

Read: No, the internet is not good again

Plenty of fans have stood by Musk in this moment. As for others, they are trying to disentangle Musk’s personal philosophy from his contributions to the world, separating the art from the artist—a difficult task when so much of the allure of SpaceX and Tesla is the man himself. Some Musk admirers say they’ve canceled their Tesla orders. One fan in the Seattle area who owns two Teslas—and had a mild case of COVID-19 in March—told me that he believes Musk’s nonstop pronouncements have cheapened the electric-car company’s brand. But Hallert, the rocket lover from Oregon, said Musk’s recent behavior won’t dampen his enthusiasm for SpaceX missions, nor will it stop him from buying one of Tesla’s boxy Cybertrucks someday. (“It’s so ugly, I feel like I have to have it,” he said.)

Even though Hallert is still willing to support Musk’s companies, he’s feeling decidedly cooler about the man. “There probably was a time when I would have made any excuse [for Musk] just because my excitement over SpaceX was just that high,” Hallert said. “I’m less likely to make excuses about dumb shit he says to my friends than I was before.”