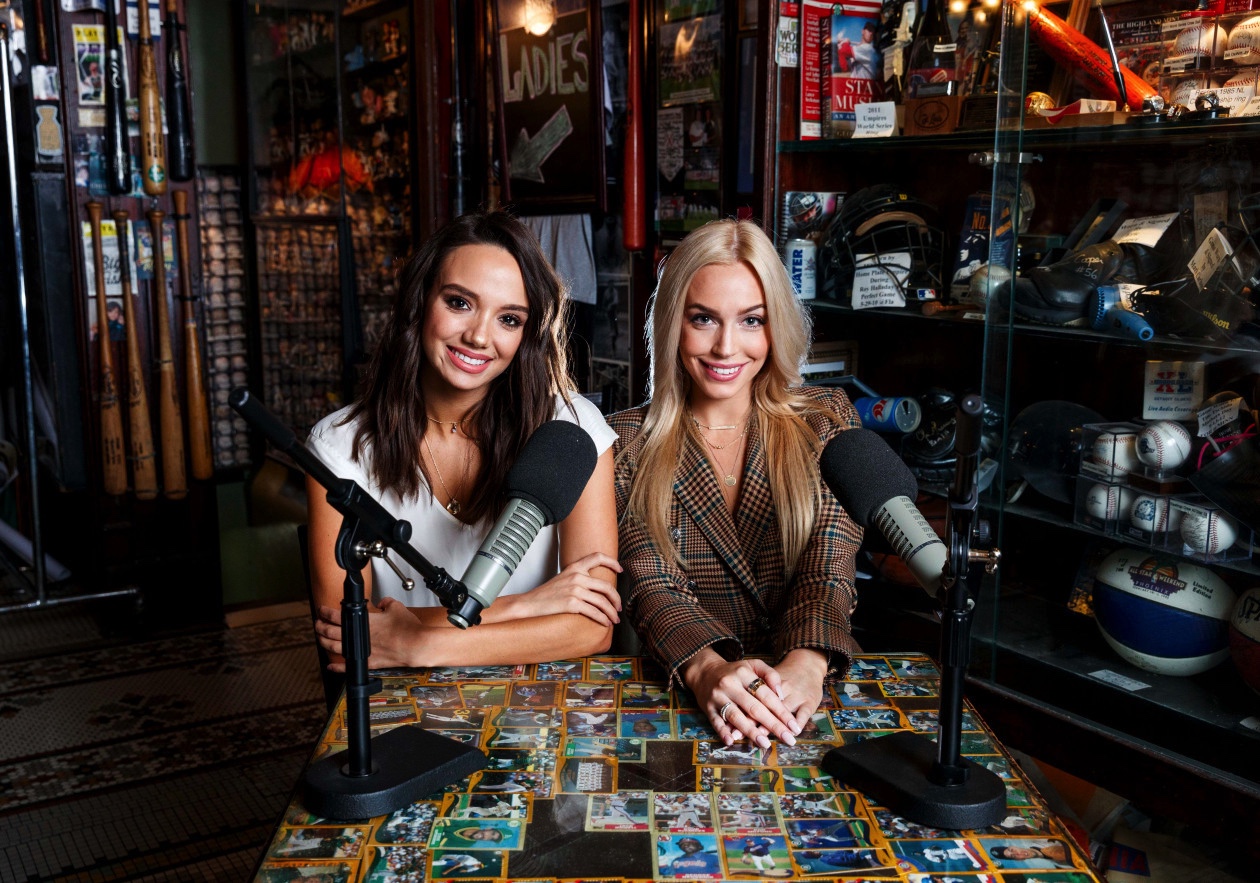 The “Call Her Daddy” girls won’t even call each other anymore.

Little did the world know, it had to do with the owner of Barstool Sports and his ridiculously low paying wages to successful content contributors.

In April, ATP reported that podcast co-hosts Alexandra Cooper and Sofia Franklyn wanted to part ways with Barstool Sports, the brand behind their popular smutty show, because they reportedly had offers — for books and television deals — potentially worth millions.

Dave Portnoy, now being dubbed “Davey Pay Low“, has received backlash due to the lousy pay.

However, an insider told ATP that the tension has allegedly now morphed into a battle between the women themselves — who have built a reputation not just as co-hosts, but roommates and best friends.

“They’re not speaking to each other anymore,” said the insider. “They’ve completely turned on each other and started arguing over who was the real talent and who did more of the heavy lifting [for the podcast].

“I think their audience would be surprised to learn what has been going on behind the scenes with them. It’s not the loyal, fun-loving friendship they put out there.”

The two-year-old podcast is known for the women sharing graphic details about their sexual exploits and attracts fans who call themselves the “Daddy Gang.”

It became the top-rated female podcast on iTunes and much of the narrative centered around their close friendship: like the time Cooper and Franklyn got drunk in their Lower East Side apartment and exchanged sexy texts with Cooper’s latest fling. After Cooper fell asleep, Franklyn continued the X-rated chat.

They’ve turned on each other and started arguing over who the real talent was.

But fame has allegedly gone to their heads.

According to FOURANDTEE, the pair wanted out of their contract as other offers began flowing in. But Barstool owns the trademark to their brand and Cooper and Franklyn were still in the middle of a three-year contract, which reportedly pays each an annual base salary of $75,000 plus an additional $2,500 an episode for every 10 percent of listeners that they pull in above the show’s average.

Rather than honor their contract, Franklyn and Cooper stopped recording episodes in early April.

The insider said the feud has been stirred up by Franklyn’s boyfriend, HBO Sports executive vice president Peter Nelson, 38, claiming that he has been advising them behind the scenes.

They were offered a deal with podcast network Wondery, the insider said, which was orchestrated by Nelson: “He was quietly shopping them even though they were still under contract with Barstool.”

A rep for Wondery did not respond to a request for comment, nor did Nelson or Franklyn. Through a representative, Cooper declined to comment.

But Barstool Sports founder Dave Portnoy said he was prepared to negotiate.

The insider said the deal was appealing enough to entice 26-year-old Cooper, the former flame of Mets hurler Noah Syndergaard. She wanted to return to Barstool and work through her contract. But Franklyn, 28, balked, stoking the bad blood between them.

However, a source close to Franklyn said, “On Monday, Sofia agreed to the financial terms of Barstool’s offer but hasn’t heard back from them. She wants to continue the podcast with her friend 50/50.”

Meanwhile, another “Call Her Daddy” source confirmed the pair are no longer pals, saying, “They’re definitely estranged right now. A lot of it is Peter’s doing.”

In late April, the pair, who have more than 222,000 followers on Twitter, launched the hashtag #FreeTheFathers and tweeted, “… legally we can’t speak out yet. What we will say is … We will never f–king leave you Daddy Gang. The minute we can speak, we will.”

Whether they speak in harmony remains to be seen.

“Who knows how this will end up,” said the insider. “It’s gotten ugly.”

3 thoughts on “SOURCE: ‘Call Her Daddy’ Podcast Is Over, Feud Is “Irreconcilable””