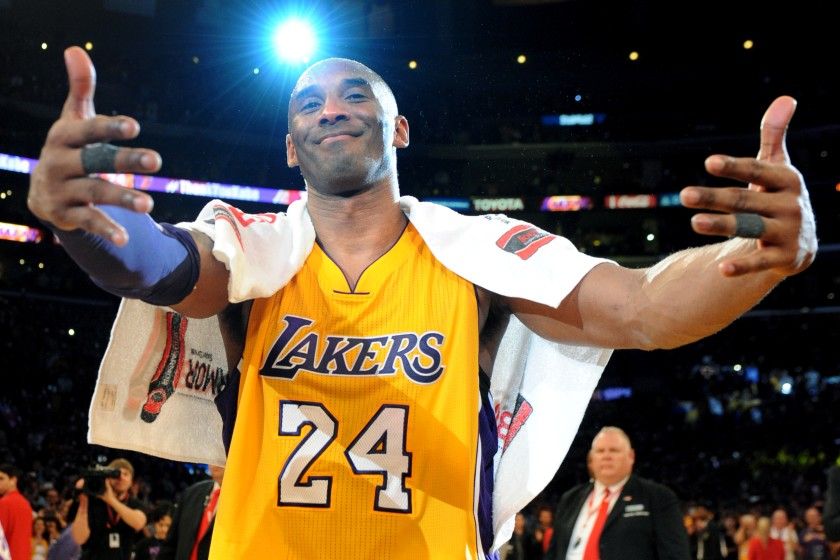 It’s highly unlikely we’ll see the uniform or shoes he wore in his last game ever reach the auction block, but one piece of Kobe Bryant memorabilia from that memorable day in L.A. has a new home.

The towel Bryant had around his shoulders as he walked off the Staples Center floor for the last time sold for $33,077 over the weekend.  The winner was David Kohler, President of SCP Auctions and owner of the world’s best collection of Lakers memorabilia.

The towel and two accompanying tickets to the April 13, 2016 game had previously sold for $8,365 via Heritage Auctions just weeks afterward.  The buyer then consigned it to Iconic Auctions after Bryant’s death this winter and made quite a profit.

The towel’s tale involves a gutsy fan who wasn’t above thievery.  As Bryant walked into the tunnel to raucous cheers after his famous “Mamba Out” speech following the game, he stepped close enough to the stands that a fan reached out and grabbed the towel off his shoulders.  Bryant didn’t seem to care and the move was apparently unseen or ignored by security.  The towel was adorned with the logo of Body Armour, a company partly owned by Bryant.  Video of the moment was captured by another fan standing nearby.

In the same auction, Kohler also spent nearly $30,000 for a middle school yearbook signed by a young Bryant in 1992.  The inscription to a classmate read, “In a few years you probably will be dunking on me — Not!! How about those Lakers. Your friend, Kobe Bryant.”

Kohler plans to display the items in his collection and eventually work with the Lakers to create a permanent home for his extensive and valuable collection of historic jerseys, shoes and other memorabilia.