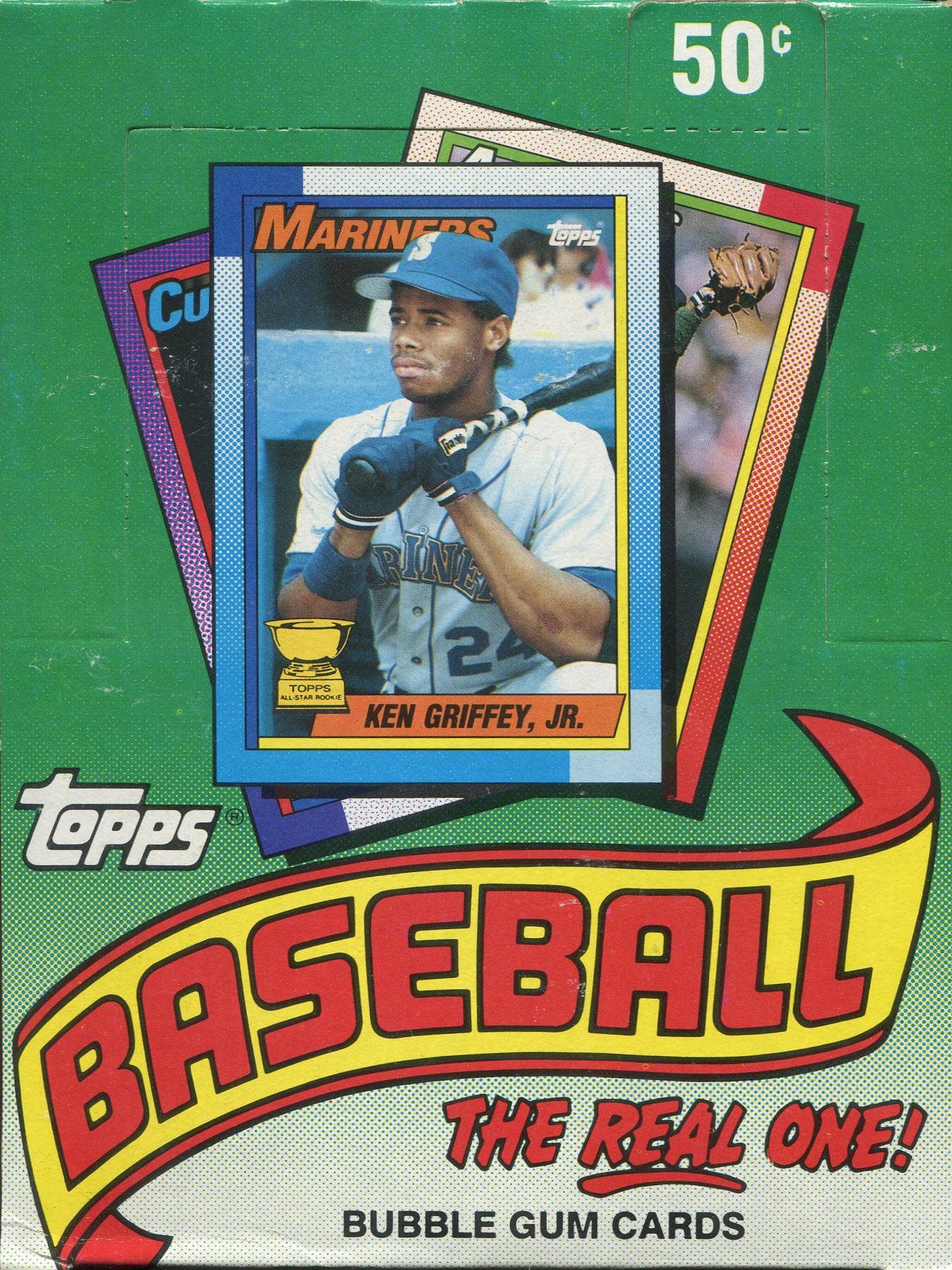 1990 ushered in a whole new decade with all sorts of collecting trends. Most notably was the emergence of inserts and chase cards as manufacturers really began to prioritize ‘hits’ through wax packs. Inserts, autographs, parallels, and game used cards sort of took center stage as collectors became more and more fascinated with these non-base cards in unopened products.

But as they were in prior years, rookie cards were a hot commodity, too. 30 years later, here’s a look back at how a few rookie cards of some baseball players from 1990 have fared over time.

As a young collector in 1990, when I think of that year, Ben McDonald is the first name that comes to mind. As the No. 1 overall player selected in the 1989 MLB Amateur Draft, McDonald seemed to have all of the tools to succeed, including an imposing 6’7″ frame.

That promise immediately sent his rookie card values through the roof. I distinctly remember attending a card show that year and blowing my entire $6 budget on a McDonald 1990 Upper Deck rookie card.

So, how’d I do for my $6? Not so great. McDonald was a solid 8-5 with a 2.43 with the Orioles in 1990 but really struggled to replicate that success. His card values started high and then dropped pretty steadily. A career 78-70 pitcher with an ERA under 4.00 in nine major league seasons, McDonald wasn’t a terrible pitcher. But he never lived up to the promise heaped on him, either. Today, McDonald’s rookies are worth little more than commons.

While McDonald was one of the bigger disappointments, Frank Thomas turned out to be one of the better players in the 1990 rookie crop.

The Big Hurt was drafted in 1989 but collectors will find his rookie cards in 1990. While Thomas was a prized prospect, he didn’t really break out until 1993 when he hit 32 home runs, batted .318, and led the majors in OPS, on base percentage, and walks. Thomas would only get better and was one of the best players of the decade.

Because they are junk wax era cards, raw issues of most of his rookies are still very cheap. But high-grade cards command significantly more. Thomas’ graded gem mint 1990 Leaf cards, for example, are generally in the $350-$400 range on eBay.

One of the more intriguing players in the 1990 rookie card crop is Sammy Sosa. At the time they were first issued, Sosa cards were pretty worthless. Debuting in 1989 with the Texas Rangers, Sosa was really only a middling prospect. And several big league seasons in, he didn’t appear destined for stardom. Sosa actually has some 1989 cards but most collectors consider his 1990 issues his rookie cards.

Things took a turn in 1993 when he hit 33 home runs with the Chicago Cubs and Sosa quickly became one of the best power hitters in baseball, sending demand for his rookie cards sky high.

But the steroid scandal tainted his career and his rookies quickly came back to earth. They still hold some value but are not the hot commodity they once were. Even his graded 10 rookies are in the $25-$50 range.

Winning the 1990 National League Rookie of the Year, cards of David Justice were among the year’s top finds at the time.

That year, Justice clubbed 28 home runs with the Atlanta Braves while batting .282. He was not a one-hit wonder, either. Justice would put together a very productive career, being named to three All-Star teams while hitting 305 long balls. Justice twice hit 40 home runs in a season (40 in 1993 and 41 in 2000) and in 1993, he finished third in voting for the National League Most Valuable Player Award.

While Justice had a great career, interest in his cards just hasn’t really been there. Most of his rookies are $1 or less and even high end examples of his more common issues aren’t hard to find for as little as $15-$20.

Maas burst onto the scene that year to play 79 games, hitting 21 home runs in the process. He nearly won the American League Rookie of the Year Award, finishing second behind catcher Sandy Alomar, Jr.

Maas finished that rookie season up by hitting 23 home runs in 1991. But he batted only .220 that season and he would never recapture the early success he had, playing in parts of only five major league seasons.

While Maas rookie cards were a big deal in 1990, they quickly lost their value. Today, they have little value but the nostalgia has caused some to pursue graded 10s to have as a memento of days gone by.

Walker is a guy whose cards weren’t all that popular at the start of 1990. But after a Hall of Fame career, his are among the better finds from that year.

While making a brief debut in 1989, Walker’s rookie year didn’t officially come until 1990. That season, he attracted some attention hitting 19 home runs with the Montreal Expos.

Walker had some nice seasons there but didn’t really break out until he got to Colorado in 1995. That season, he hit 36 home runs while batting .306 and driving in 101 runs. Two years later, he would win the National League Most Valuable Player Award after hitting 49 home runs. He gets a lot of credit for his offensive abilities but Walker would also win seven Gold Glove awards.

As a Hall of Famer, interest in the best Larry Walker rookie cards has increased. High-grade examples of even his more common Topps, Donruss, Fleer, and Score cards, typically start around $75-$100 but the Topps Tiffany versions can go higher.