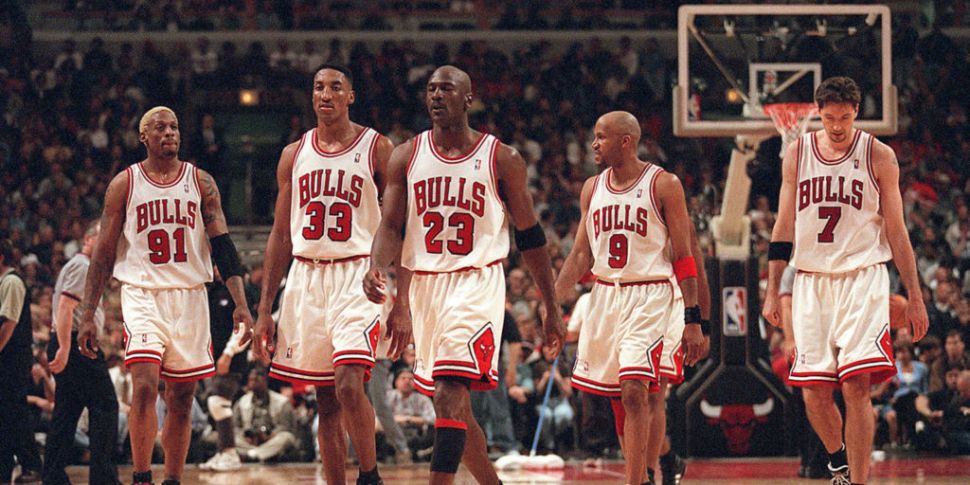 Michael Jordan returns to your TV screen Sunday night in the much-hyped documentary The Last Dance, airing on ESPN. The ten-part series was originally scheduled to air during the NBA Finals in June but was pushed up two months to fill the void in the sports calendar created by the coronavirus pandemic.

The series interweaves two timelines, the first being Jordan’s tenure with the Chicago Bulls after he was drafted in 1984. The second one is a deep dive into the 1997-98 season, which represented the team’s sixth title in eight years and the final Bulls season for Jordan and coach Phil Jackson. It was Jackson who labelled it the “last dance” during the preseason knowing the team was likely to be broken up. NBA Entertainment had an all-access pass to observe Jordan and the Bulls that year, and the footage sat on ice for two decades.

In a nod to his jersey number, here are 23 numbers to know about The Last Dance and MJ, on and off the court.

$0: The amount Jordan will bank from The Last Dance. He’s donating his entire share of the proceeds, which should reach at least $3 million to $4 million, to charitable causes.

2: ESPN is airing two versions of The Last Dance. The one on its flagship network will air with every curse word audible while the ESPN2 version will have the profanity edited out.

4: The documentary will air with limited commercial breaks from four brands, including State Farm, Facebook and Hershey’s Reese’s brand. The fourth advertiser is from the pharmaceutical category, according to Ad Age, but has not been revealed by ESPN.

5: Jordan’s number of MVP Awards, tied with Bill Russell for second-most all time; only Kareem Abdul-Jabbar has won the award six times.

6: Jordan’s perfect 6-0 mark in NBA Finals series is the typical trump card MJ backers use when comparing him with LeBron James (3-5 in Finals) in judging the NBA’s greatest player.

11: MJ led the NBA in total points scored in all 11 full seasons he played with the Bulls (he led in points per game an NBA-record ten times). The only two years he didn’t lead the NBA were in 1985-86, when he was limited to 18 games by a broken foot, and 1994-95, when he returned from baseball to play 17 games at the end of the year.

12: Jordan famously wore No. 23 and briefly No. 45 in his comeback with the Bulls before he switched back to his original jersey number. But Jordan wore No. 12 once in 1990 when someone stole his usual jersey just ahead of the game.

37: Jordan’s Q Score, which measures celebrity appeal, is highest among teens, a demo that was largely in diapers or not alive when Jordan retired for the final time in 2003.

70%: Jordan’s estimated stake in the Charlotte Hornets after he sold a 20% share in September to New York-based hedge fund managers Gabe Plotkin and Daniel Sundheim.

82%: Jordan’s current awareness level in the U.S. is second-highest among athletes in the U.S. behind only Tiger Woods, according to Q Scores.

96%: Nike’s U.S. share of the lifestyle basketball shoe market, including the Jordan Brand, according to market research firm NPD. The Swoosh’s market share in performance basketball last year was 86%.

106: The number of people interviewed by The Last Dancedirector Jason Hehir over two years. They include almost everyone connected to the Bulls dynasty, as well as two former U.S. presidents in Barack Obama and Bill Clinton. Jordan sat for three extensive interviews, with the last one in December.

10,000: The number of hours of footage Hehir whittled down to create ten 50-minute episodes for ESPN.

2 million: YouTube views of the three-minute trailer for The Last Dance since it was released in December. ESPN gave fans another taste of the documentary Friday when it released a five-minute clip from the first episode.

29 million: Average per-game viewership for the 1998 NBA Finals, which concluded MJ’s last season with the Bulls. It is an NBA record, as is the 35.9 million people who watched the clinching Game 6.

$33.1 million: Jordan’s final-year salary with the Bulls. His NBA playing salaries totaled $94 million, including the $4 million Chicago paid him during his year playing minor league baseball.

$320 million: The value of esports squad Team Liquid, which counts MJ as an investor.

$1.5 billion: The value of the Hornets, who rank No. 25 among the NBA’s 30 teams in Forbes’ latest team valuations.

$2.1 billion: Jordan’s net worth rose $300 million over the past year, thanks to an increased value for the Hornets and $145 million in endorsement earnings. He ranked No. 1,001 last month in Forbes’ annual tally of the world’s billionaires.

$3.1 billion: Wholesale revenue for Nike’s Jordan Brand in the fiscal year ending May 2019. The brand had its first billion-dollar quarter between September and November.

The NBA’s Richest Shoe Deals: LeBron, Kobe And Durant Are Still No Match For Michael Jordan