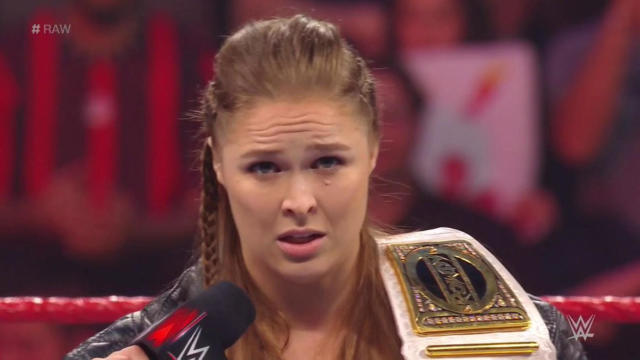 Ronda Rousey is slamming the door shut on a full-time return to WWE — saying she refuses to dedicate her whole life for some “f*cking ungrateful” fans.
DAAAAAAAAMN RONDA!!!
Ronda hasn’t been in the squared circle since WrestleMania 35 back in 2019 — and many people were wondering if she’s EVER coming back?
Now, some answers courtesy of the “Wild Ride with Steve-O” podcast [shout out ProWrestlingSheet] … where the former “Jackass” star asked her straight up about her career plans.

“I love the WWE,” Ronda said … “I had such a great time. I love all the girls in the locker room.”

BUUUUUT … (of course, there’s a “but”).
“But, I was doing basically part-time and I was away from home 200 days out of the year. And, when I did get home, I was so sleep deprived cause you just don’t have time to lay down.”
“So it’s just like … what am I doing it for if I’m not being able to spend my time and energy on my family? But, instead of spending my time and my energy on a bunch of f*cking ungrateful fans that don’t even appreciate me?”
And boom goes the dynamite.
“I love performing. I love the girls. I love being out there … but, at the end of the day, I was just like, ‘F*ck these fans, dude.'”

Ronda continued, “My family loves me and they appreciate me and I want all my energy to go into them. So that was my decision at the end of the day. It’s like, ‘Hey girls. Love what you’re doing. I’m gonna try and take all my momentum and push you guys as far as I can … fly little birds, fly! I’m going f*cking home!’ And that was basically it.”