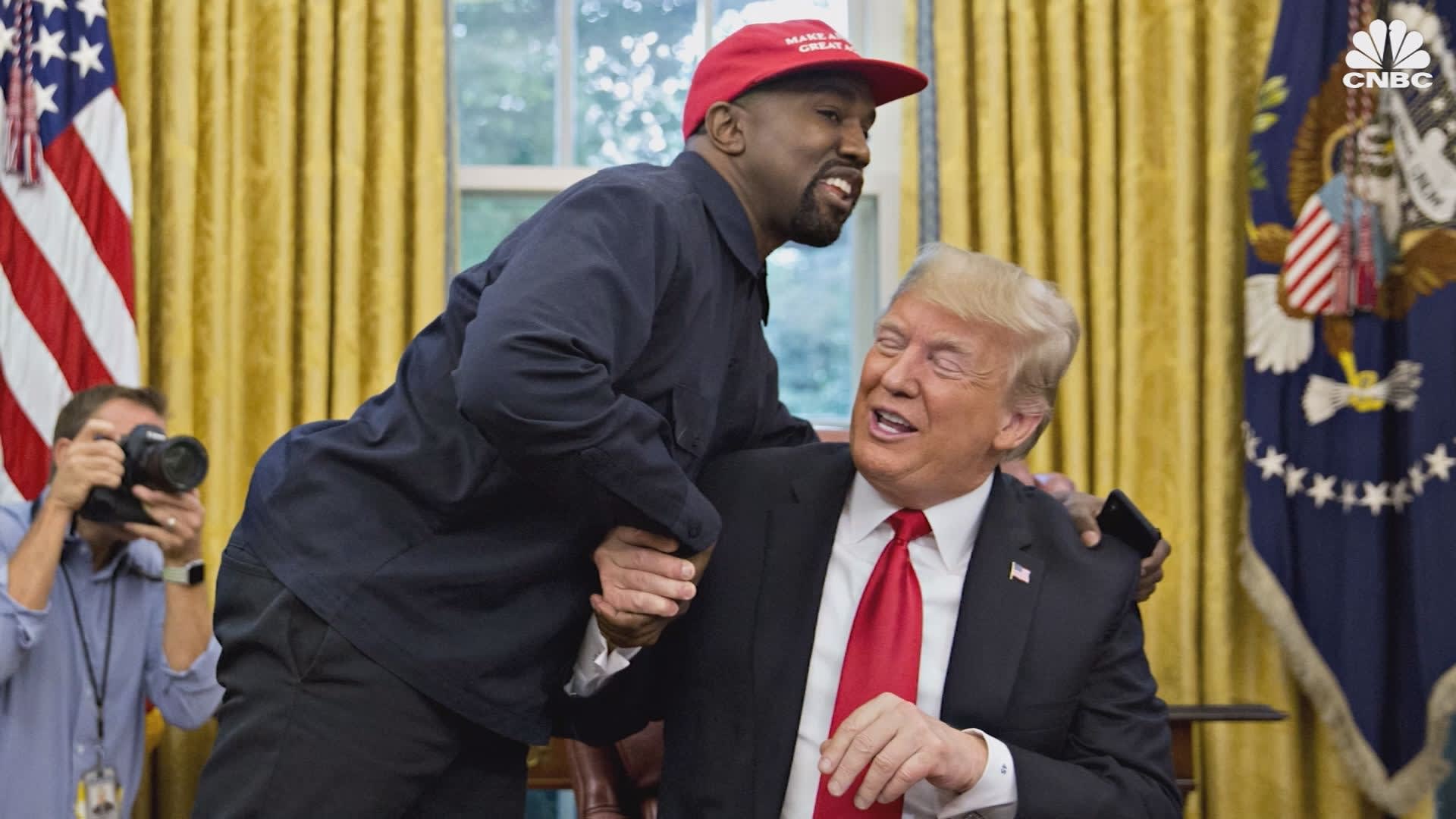 Kanye West is giving insight into his public support of President Donald Trump.

In 2018, the rapper called Trump his “brother.” “You don’t have to agree with trump but the mob can’t make me not love him,” he added on Twitter. In October of the same year, he met with Trump at the White House. In January, he tweeted: “Trump all day”

In an interview for the WSJ Magazine‘s April issue, West, 42, shared his thoughts on the outrage that followed his comments on Trump.

“I’m a black guy with a red (MAGA) hat, can you imagine? …It reminded me of how I felt as a black guy before I was famous, when I would walk in a restaurant and people would look at you like you were going to steal something,” he said. ” ‘This is your place, Ye, don’t talk about apparel. This is your place, Ye, you’re black, so you’re a Democrat.’ ”

He added that fame hasn’t protected him from assumptions.

“Everything is about putting people in their place. Classism, protectionism — not just racism,” he added. “Classism is like living on a bookshelf. The more money you have, the higher you go. And you get to the top and look over and what do you see? Fear.”

West also told the magazine that he was not registered to vote and doesn’t follow politics.

While West isn’t alone in Hollywood’s Trump fan club – fellow celebrities such as Jon Voight and Roseanne Barr have expressed their support – there are many more celebrities who have spoken out against the president.

Most recently, George Takei slammed Trump for how he’s been handling the COVID-19 pandemic, including his use of the term “Chinese virus” to refer to the coronavirus.

During an appearance on MSNBC Saturday, the former “Star Trek” star, 82, criticized the president’s preferred term.

“We are chilled by the constant use by the president and his administration of that term,” Takei said. “We have a long history of anti-Asian hatred in this country.”